Are you concerned with the highest paying jobs and top careers, or are you more concerned with job satisfaction? Right or wrong, one of the first criteria many college students look at when choosing a college major is how much the job pays right out of college. It’s always a good idea to know how…

Right or wrong, one of the first criteria many college students look at when choosing a college major is how much the job pays right out of college. It’s always a good idea to know how much you can earn in any given field, but choosing your career path based solely on potential income is probably not the best way to make major life decisions – and when you look at the list of the 10 highest paying college degrees, you will see why. It takes a special mindset and skill set to get a degree in most of these fields.

This list covers the starting salary for the top 10 paying undergraduate degrees for 2010. It does not cover the top paying 2 year degrees (such as some nursing degrees), or starting salaries for those with professional degrees, such as doctors, lawyers, MBAs, etc.

The starting  salary information was provided by National Association of Colleges and Employers (NACE) which analyzed data from 200 college career centers at public and private institutions across the United States.

Keep in mind these salaries are only average starting salaries. They may vary based on location, demand, and additional skills and experience one brings to the table. Also note that many of these career fields pay well into the six-figures at mid-career.

This is another salary chart, this time breaking down the salary ranges into starting median salaries (Blue) and mid-career median salary (Gray). Methodology Used: Annual pay for Bachelors graduates without higher degrees. Typical starting graduates have 2 years of experience; mid-career have 15 years. See full methodology at PayScale for more information. 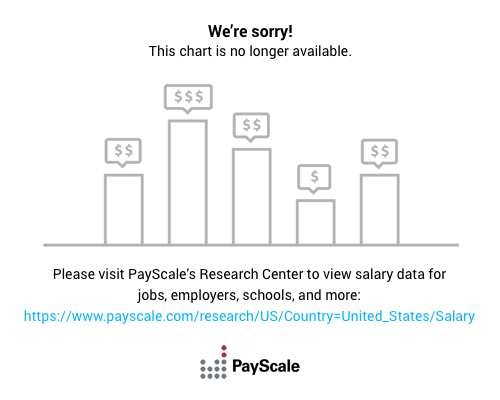 Regardless of which of these two lists you use, it is clear that the top 10 college majors, as far as entry level salary are concerned, share a common denominator: they are all based in science or engineering. In the NACE starting salary report eight of the top 10 highest paying college degrees are engineering degrees and the other two are related to computers and information sciences. The Pay scale report lists 7 of the top 10 as engineering degrees, two related to computers, and economics (though it appears economics makes this list based on the mid-career salary than starting salary).

What are the Highest Paying Jobs?

The jobs in these lists are some of the top career choices for starting salary, but that does not mean they are the highest paying jobs overall. These lists were compiled to compare starting salaries of jobs requiring a four year degree. Some jobs that require additional degrees, skills or certifications may pay more than these jobs, even at the mid-career salaries you will find on the PayScale chart. Some examples of higher paying jobs can be found in the medical field (doctors, anesthesiologists, surgeons), lawyers, MBAs, and similar jobs. Many people who get into top management or run a profitable small business also earn more than the top salaries you can earn in the jobs listed above.

Want to find the right college program for you?

Check out these resources, which will help match you with the right college program for your needs, including low cost educational programs, flexible schedules, and lucrative degree programs.

Chase Your Passions – Don’t Let Starting Salary be Your Guide

Starting salary is important, but it shouldn’t guide your life or every decision you make. Engineering and computer science are great fields to get into, but unless you are passionate about the subject, you probably won’t enjoy the required schooling or the job. You will probably be much better off in the long run if you go after the career that offers you the most job satisfaction. Some of the people with the greatest career satisfaction earned a degree that leads to the lowest paying jobs.

Do You Need a College Degree?

I’m happy to go on the record stating that you don’t need a college degree to become wealthy. In fact, there are many high-paying jobs that don’t require a college degree. But you do need skills and an education. You have to be able to provide value to someone who is willing to pay for it. That could be an employer, or you could be the business owner. You could work in a trade, or create things people are willing to buy (artist, musician, actor, author, etc.).

What About changing Your Career Path?

Don’t feel like you need to lock yourself into a college degree path that you don’t want to do, simply because it offers the highest paycheck at the end of the road. It’s not uncommon for people to go into careers that don’t use their college degrees. Though it was unplanned, that was the path I ended up taking. I earned my degree based on how quickly I could finish it. I started down that career path, but later started a business and now I am a full-time entrepreneur.

How To Apply to an MBA Program (And Get Accepted!)

How To Choose An MBA Program With Confidence

About the comments on this site: